Summer Fill: A few questions for the Tampa Bay Lightning

Share All sharing options for: Summer Fill: A few questions for the Tampa Bay Lightning 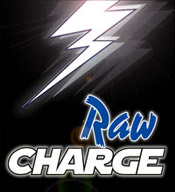 During the slow part of the off-season, some of us SBN hockey bloggers decided to pose questions to one another about the other bloggers' team whether it's on the ice or off the ice situations. The pairings were determined by reverse-order-of-conference-finish to the regular season standings.  That paired Winging It In Motown with SB Nation's Tampa Bay Lightning blog, Raw Charge.

This is a cross-blogging deal, and I answered their questions about Red Wings' ticket sales over at Raw Charge.

Casey and I had quite a few questions for John and Cassie over at Raw Charge, ranging in scope from Stamkos and Hedman to the ownership troubles off the ice to if Prospal would be a good fit for the Wings. Click on the link below to read their responses to our questions.

Tampa Bay recently bought out Vaclav Prospal. Some Wings fans have speculated that Prospal would be a good, cheap fit (thanks to the buyout) for our system. What were your thoughts on the buyout and what could he bring to a puck-possession team like Detroit?

While Prospal may be acquired on the cheap right now, he isn't as mobile as you'd like a forward to be.  He's been playing out of position during his sojourns with Tampa Bay, as he is naturally a center and not a winger.  He's also become something of a liability on the ice in recent years, if you look at his ± rating, and it's not certain to change were he moved back to center.  He's enthusiastic and fun to watch, particularly after scoring goals, but he's not what we would expect the Red Wings to be interested in as a potential acquisition.

A lot of what us Detroit fans have heard about the Lightning has to do with the messy owner situation and the team not living up to preseason expectations. Do you think the ownership struggles have at all impacted the on-ice play? We don't think anyone has those same high expectations as last summer, but where do you see the Lightning this upcoming season?

Definitely the ownership struggles have impacted on-ice play.  Ownership had a direct hand in the day-to-day operations of the team last season, with GM Brian Lawton not given clear control over the roster until January.  All you have to do it look at the shear number of players used during the 08-09 season - a grand total of 52. That kind of movement isn't going to give a team much consistency - on or off the ice.  There was also the questionable judgement in who was brought in, the terms of contracts handed out and the hiring of Barry Melrose.  It put the Bolts on a very poor footing and carried them in the wrong direction all season long.

Expectations from last season were high with a lot of big name, big ticket acquisitions thrown together under the tutelage of a laissez-faire system employed by a head coach that hadn't managed anything more than a fantasy league team in over a decade. So of course, all the flash created huge expectations and ...  well, to put it lightly...  it fell down and went boom.

Going into the 2009-10 season, it's easy to understand those who have written off the Lightning, after all they've finished 30th and 29th the last two seasons (respectively) and they see the ownership circus first and foremost with the franchise. But honestly there's a cautious optimism around the Bolts right now, with most wanting to wait-and-see how the team performs together (which is basically our position as well).  They've had a much more subtle (and constructive) off season this year -- and it's not over yet.  It's hard to really judge what this team will be able to do come October 3rd when the season starts, but as was said, there is a guarded optimism.


Victor Hedman was a huge addition to the Bolts this off-season via the Draft. Do you expect him to play the full season with the major club or will he start lower (or in Europe still) and work his way into the rotation? For that matter, how does the addition of Hedman to Stamkos compare to the Lecavalier and St. Louis pairings in their early careers?

Victor Hedman is already signed and expected to be carried the entirety of the season with the Lightning.

Hedman also has the jump on Steven Stamkos, Vincent Lecavalier, and Martin St. Louis because he's played the last two years with  MoDo and the professionals in Sweden's most highly skilled hockey league, the Elitserien. He's also practiced with NHL'ers Peter Forsberg, Markus Näslund, and both Sedin twins during the late summer conditioning skates in Örnsköldsvik, Sweden. (They're all from the same town in northern Sweden.) In fact, Forsberg was something of a mentor to Hedman last season as Forsberg had been working out with Modo.

Stamkos is probably fairly comparable to Lecavalier at this point in his career. Lecavalier has a slow start as a rookie, and took a couple of seasons to adjust to the NHL. Stamkos has something of an advantage on Lecavalier, however, with quality veterans around to help him learn as well as Lecavalier (another #1 overall pick) being their to help Stamkos navigate through the familiar perspective as being a highly touted pick.

As for St. Louis, he took the college route, and did some times in the minors after college before he was picked up as an undrafted free agent by the Calgary Flames in 1998. He did not become a full-time player in the NHL until he ended up with the Tampa Bay Lightning in 2000. So to compare a first round pick with St. Louis - there is no comparison as St. Louis became a full-time NHL regular at the age of 25, and was never an 18-year-old straight out of major junior hockey.