Darren Helm's goal just 14 seconds after Niklas Kronwall's tying goal quickly turned the momentum heavily in Detroit's favor. The play started out innocently enough with a dump in to the offensive zone. Good awareness in the offensive zone by Helm lead to the goal and a 2-1 Detroit lead.

Video and images after the jump. 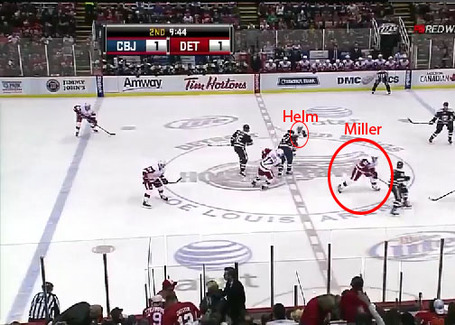 Helm ties up on the face-off right after Kronwall's goal. Miller picks up the loose puck and heads into the offensive zone with Helm to his left. Kris Russell forces Miller to dump the puck and Mike Commodore goes back to chase it. 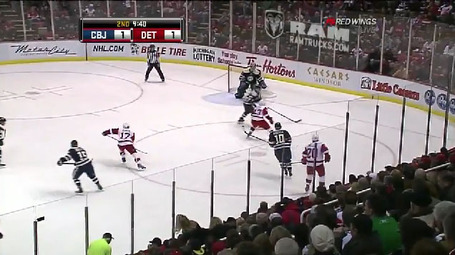 Russell heads towards the goal as Commodore and Helm head to the corner to battle for possession. No one immediately wins it cleanly and Miller heads down to help out. 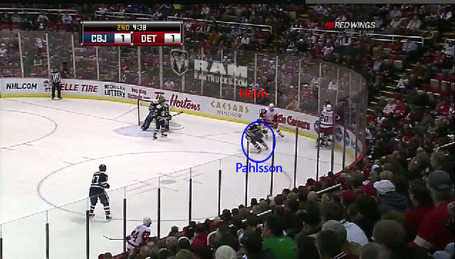 Sammy Pahlsson comes to help out with the battle for the puck but it pops out into open space right as Pahlsson gets there. 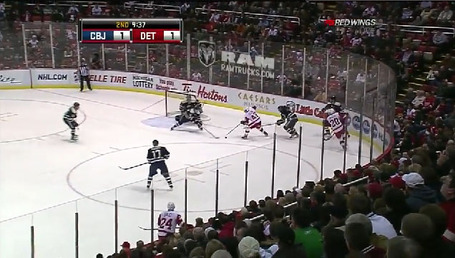 Pahlsson's scrambling to get back to Helm as Russell tries to cut off any passing lane that Helm might have to Patrick Eaves. 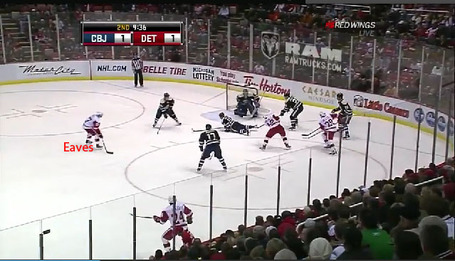 You can see in this picture how Eaves is coming into the play for a good set-up and you've got to think that Mason saw Eaves in his peripheral vision and Russell obviously knew where he was too. I think there was a bit of distraction caused by Eaves on the play which might have allowed Helm a slight advantage with getting the shot off. 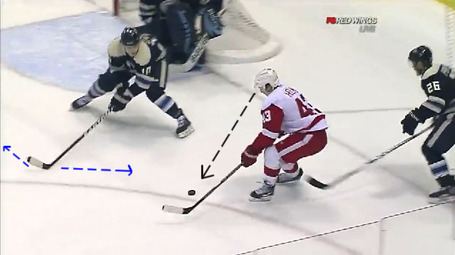 As mentioned above, Russell is working to prevent any pass but as you can see from where Helm's head is looking, he has no intention of passing to Eaves and just firing on net. He unleashed an absolute laser to the top-shelf and Mason didn't have much of a chance from that distance. Russell did the best he possibly could on the play (two good plays actually) and he got burned. 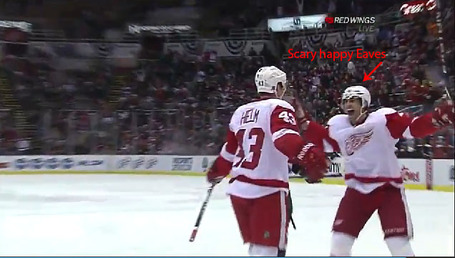