Picking up on something Casey threw out there last season, I'm going to track the goals scored and allowed by time period for the Wings this season, with a few categories. Take a jump into the terrifying world of the Budd Lynch goal...

My reasoning for keeping OT and Regulation separate is that they are wildly different beasts altogether. 4v4 (or 4v3 for PP) is nothing like 5v5 and the short period isn't even with respect to the corresponding times of regulation. The 4 minute mark of the 2nd period has nowhere near the intensity of the 4 minute mark in OT.

What say you? Formatting and covering the options are my biggest concerns, but it's early enough in the season that I'm open to criticism. After 20+ games, it's unlikely that I will change the way the information is presented so speak now. I intend to post this a few times throughout the season, as long as people are interested, probably every 10-15 games. I won't promise pie charts, but anything can happen. 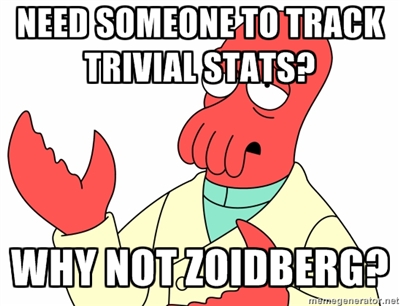