Share All sharing options for: Vote For Jimmy Howard 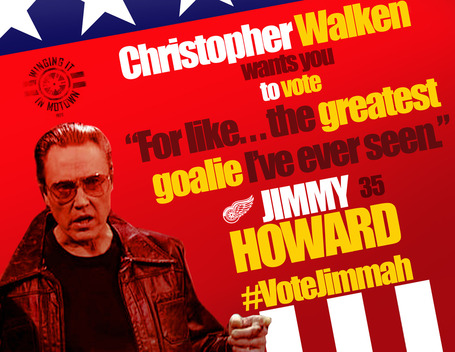 (s/t to Josh Howard for the poster)

The NHL All-Star Game is supposed to be about hockey's best facing off against one another. Each year, they put out a ballot where fans can vote on the starters. This year, there was one glaring omission: our very own James Tiberius Howard.

That's where we need your help. We are determined to get Jimmy Howard in the All-Star Game, because this year, he's been one of the best goalies in the league. He's been better than Tim Thomas; outshone Roberto Luongo; and is playing as good or better than 98% of the goalies in the NHL right now. If this game is about having the best, than Jimmy deserves to be in Ottawa facing off against the best, proving that he's one of the elite goaltenders in the game today.

So, head on over to NHL.com and vote for Jimmah. We'll be maxing out our votes to ensure that he gets the recognition he deserves. Even if we can't get him in as a starter, hopefully he receives enough votes to make the NHL take notice that they snubbed the wrong guy.

Let your voice be heard. Vote for Jimmah. Because being the best should mean getting to play with the best. #VoteJimmah. 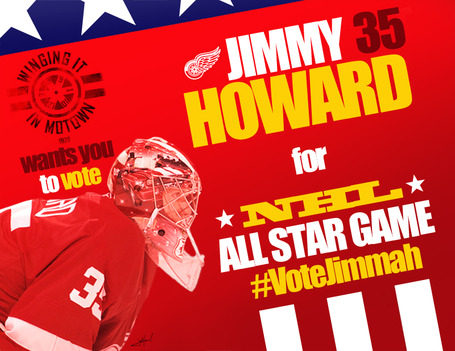 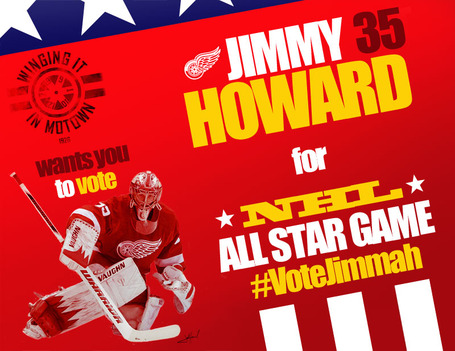