A couple of updates from Twitter on the morning skate.  First, of Flames related note from Brian Hedger (@BrianHedger)

Kiprusoff not on the ice for #NHLFlames morning skate at Joe Louis Arena.

I can't imagine that the next game after Sutter exploded on the team that he wouldn't use his starter. This is a bit odd.

Then there's this, from Helene St. James of the Freep (@freepwings)

Brad Stuart to be a game-time decision against Flames. If he can't play, Smith is in.

So much for all the talk of Jakub Kindl being hurt, huh?

The Windsor Star's Bob Duff (@asktheduffer) added this about Franzen:

After the jump, we've got a ton of pictures from our very own Jeff Hancock (@JeffHancock41), who is at the Joe right now trying to look cool and collected while his insides are screaming to track down Brendan Smith and scream like a Bieber fan. 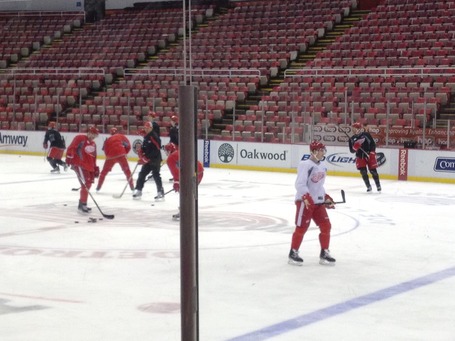 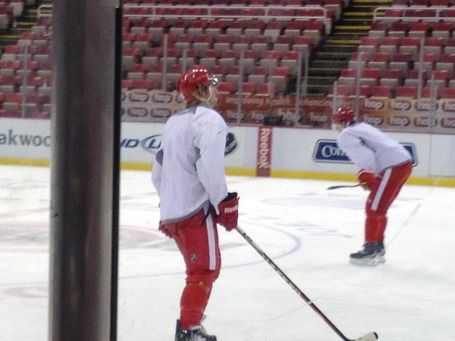 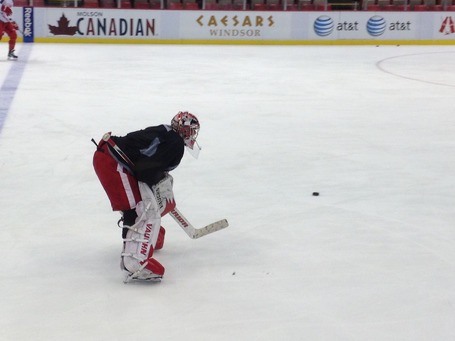 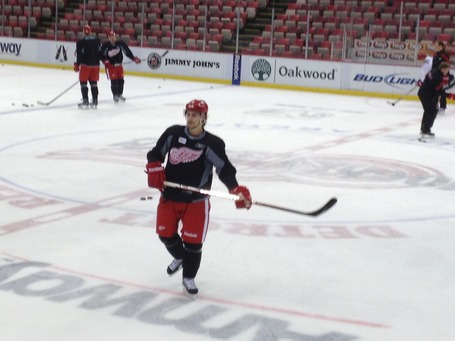 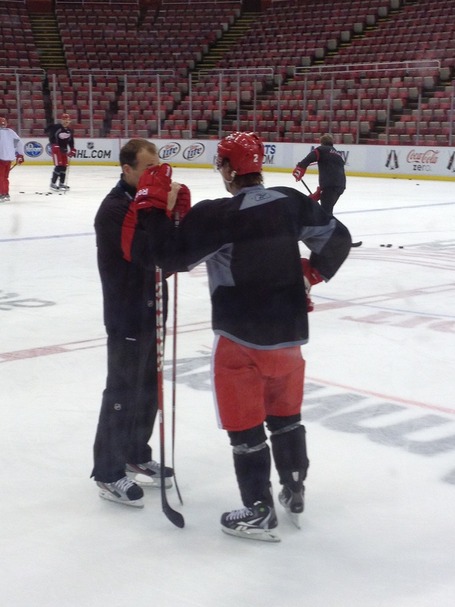 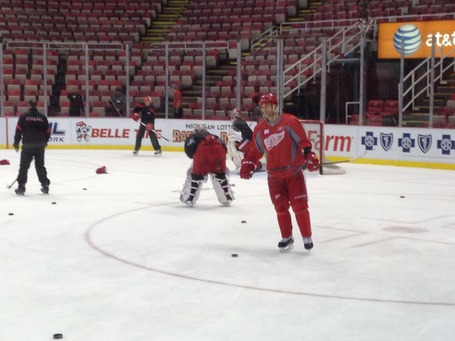 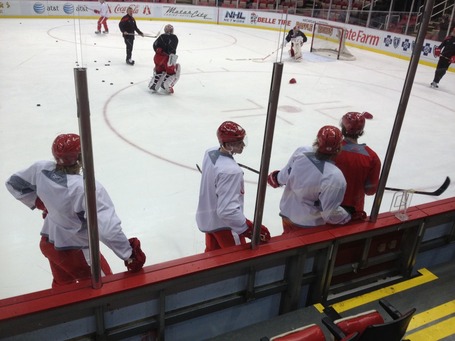 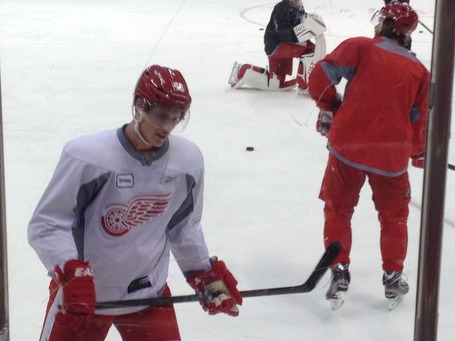 Right now you have to click to get them to open in a player. I'm still a bit of an idiot when it comes to embedding QuickTime movies. Give me a bit while I figure out how to make them all stop autoplaying when I embed them. [Update: hooray, I'm less of an idiot than I was ten minutes ago!]

Lidstrom does this with his eyes closed.

Get the puck, change the angle, move it up ice.

Take the Goddamn Puck to the Middle Drill

As far as I know, that's not the official name of this drill, but it works.

Behind the Net Drill

We haven't seen too much of this from the Wings, but there's been room. I'd like to see more of this during games.

It's harder than it looks (TWSS)