Share All sharing options for: The Dream NHL Video Game

What you see above is the first image from NHL 12.  Yes, finally goalies are targets and nets are not cemented to the ice and made of adamantium.  Not only that, but if you look closely you see that the white specks all over the place is not actually dandruff from Zach Braff Sydney Crosby's head, but snow.  Finally, EA has gotten over the hurdle that was the exclusivity deal with 2K Sports and brought the Winter Classic to the best sports game on the market.

While EA is being mum on other new features and fixes until the release of the reveal trailer next week, it is always fun to speculate.  Follow me through the jump as we discuss the features of what would be the perfect game.

There have been quite a few NHL video game series over the years, but EA Sports' aptly titled "NHL" series has always seemed to be the game to beat.  My personal favorite alternatives were the NHL Hitz series (you know, the series where you could give Claude Lemieux some eye-for-an-eye payback) and NHL Rivals.  The NHL series has been a mainstay in my video game collection for years, though, and I have every rendition since 1994 except for 2004-2007, despite no longer owning a Sega Genesis to even play those older games on.

It was widely accepted that NHL 11 was a great game in pretty much all facets.  From its game modes to its online play to its actual gameplay simulation, pretty much every part of it was excellent and fun to play.  But let's not be quaint; it was missing things that we all so dearly wanted.  From outlandish ideas such as a guy I played against online wishing Holmstrom's helmet would fall off so his head could be bashed in (Holmstrom did have 3 deflections and an assist at the time) to normal requests like the traditions of the game being brought in, everyone wants more and more in the series. 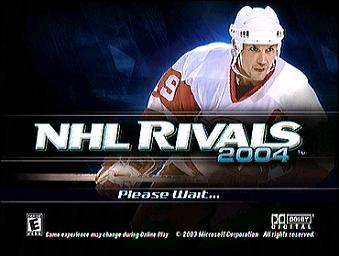 You didn't think I'd go without posting this, did you?