In deference to my colleague Graham's post on Shea Weber last week, which was a glowing review of the man himself and a comment on the kind of player any hockey team should want to join their ranks, I wanted to take a look at the Shea Weber case from a different angle. Don't get me wrong, I agree with everything that Graham wrote, even this:

nothing that Weber has done publicly has prevented them from making their team better to become a legitimate contender for the Cup. That's all Weber wants, and we should applaud him for that.

Because he's absolutely right.  I'm not interested in talking about Weber the man; Weber as a person (off the ice) has never given me a reason to think cross thoughts about him. Weber is a young and tough leader; a mountain of a man with a diplomatic air and a threatening growl.  SHEA WEBER IS SEVEN FEET TALL AND IF HE WERE IN DETROIT, HE'D CONSUME THE NHL WITH FIREBALLS FROM HIS EYES AND BOLTS A-LIGHTNIN' FROM 'IS ARSE!

And that, my friends, is where the word "overrated" sneaks in.

Shea Weber is a hell of a hockey player. Since earning only one fifth-place vote for the Norris in 2008, he's been 4th, 7th, and 2nd in voting for each year after. Not bad for a guy within a week of his 26th birthday and about a year from his true prime as an NHL defenseman. It's pretty safe to say that he's eventually going to win at least one. So how is a guy like that overrated?

Because there are still people (Red Wings fans, no less) that are writing little hearts around his name in their diaries and etching the number 6 he'd never be allowed to wear in Detroit into their Trapper-Keepers. There are those who think this $7.5M restricted free agent-to-be are worth selling the farm in order to obtain because the Red Wings are eventually going to have to face the reality of replacing their team captain and generational talent (you know, the guy who was better than Weber last year?)  I'm not talking about those fans who know what the reality is and just think it's more fun to pretend it can happen.  Hell, count me among their members.  I'm talking about those who are so divorced from reality that it stopped telling people they ever even knew one another.  I'm talking about the people who would throw away the building blocks of a franchise for a guy that really only fits in as the cornerstone in Nashville.

Because acquiring Shea Weber within the next two seasons is going to take exactly that.

There are a lot of stupid things in Nashville: Those whistles they use when that drunken midget thug Tootoo takes the ice, their goal celebration song, the way they have to hand out instructions on how to properly chant, doing the wave in a crowd wearing all-yellow during the playoffs and making your arena looking like a toilet flushing, a $2,500 per-game tax levied against players for the privilege of playing in the Bridgestone Arena, Martin Erat, and many more.  David Poile is not among those things.

Oh shut up. I know he traded for Lebda, but we all know what that was about.

David Poile is not going to get rid of Weber for Jiri Hudler and a promise that Bertuzzi will stop walking through East Tennessee woods to mess with cryptozoologists. He's going to want tangible assets and he's going to want very good assets. We're talking about Tatar, Nyquist, Jurco, or Smith. Maybe toss in Kindl or a young and hungry forward (perhaps one from Michigan). Definitely throw in some picks.  He's going to want Detroit to empty their cupboard for Weber and, in the process, Detroit would have to open up a big dark hole in their talent pipeline to accommodate that. Pavel Datsyuk, Henrik Zetterberg, and Johan Franzen should be able to carry the offensive load for a few years, but late-round picks and a loss of some of the prospects that are supposed to be coming up to replace the production as age causes the inevitable drop-off would hurt Detroit down the line. Sure, we would have Weber to make up for that, but ask Nashville how well they've been able to do with a solid defensive corps playing behind forwards who (to put it nicely), score as often as blind squirrels with ADHD. 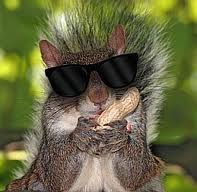 Oh sure, this is all worst-case. Detroit hasn't shown any signs of hamstringing themselves with a below-the-cap budget and there's no way the Wings would have to part with ALL of the people I mentioned above. We'll wait for cap space to open up and snag some free agents along the way while we wait for what's left to develop into the surefire top-six forwards they're meant to be. Best-case or worst-case, things tend to hit somewhere in the middle. That's an awful lot of risk to assume.

Maybe we'll get lucky and the Preds will anger Weber with their negotiations around Suter and Rinne. Maybe Nashville hits an extended losing streak and falls out of playoff contention and Weber demands to be traded to a winner so he doesn't have to go down with the talent-leaking ship. That would likely help drive the trade cost down to a more reasonable figure. Of course, we all know how well people around that age do when they whine about how they're unhappy where they are and demand to be traded.  Look at the bright side there; at least Weber's a better driver...

OR maybe... juuust maybe, we give it a year and wait until the better defenseman in Nashville is a free agent (or trade about half the assets it would take to get Weber) . Shea Weber is mean and nasty and the kind of guy you make the face of a franchise. But Detroit already has a face. Ryan Suter is smart and cunning and all of those things we've been lucky to have in abundance on our blueline for years. Lots and lots and lots and lots of Preds fans think Suter is the better defenseman and, you know what? I agree. There's no need to blow up a franchise just yet to get a franchise defenseman. Burning down the stables to make room for your horse is not the way Ken Holland does business.