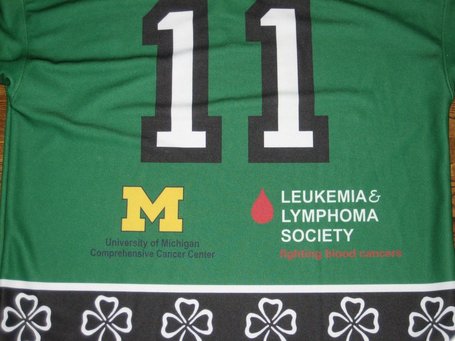 On Saturday March 17th I was afforded the opportunity to play against the Detroit Red Wings Alumni Team. I walked into the rink not knowing what to expect, I have played at Great Lakes Sports City Area (which from now on will be called Fraser) and I have played in Superior (largest of the five rinks) mostly for district games when I was younger. The Superior rink at Fraser has the largest audience section in Southeast Michigan unless you want to travel another hour away.

But today was different. There was something very magical about it. I showed up an hour before game time and tossed my bag in front of my locker and walked to the upper level. I walked around the empty rink soaking up the atmosphere and trying to chill my nerves. As I was walking I started thinking about why I was playing today. I wasn’t only playing for Shawn Burr or the Foundation, but also for the thousands upon thousands of people who have a form of leukemia and are looking for bone marrow matches and for the people who could not afford these treatments without charities to help them. 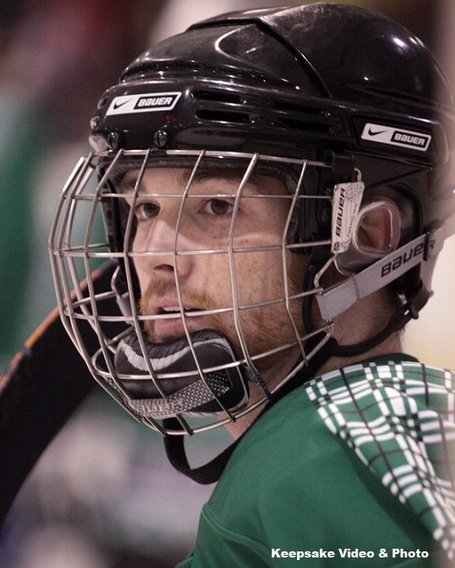 Thirty minutes prior to the game I headed back to the locker room to start getting dressed. As I turn in, out of the corner of my eye I see Mickey Redmond and Joey Kocur in the Alumni room and did a double take. I thought to myself, "Am I really going to be on the same ice as these legends?" As soon as the thought entered my mind I tossed it aside it was almost game time and I had to get ready.

The locker room was buzzing; laughter, smiles, and excitement was everywhere. After I was suited up in my St. Patty’s Day green jersey and socks I tossed on my helmet and went out for warm-ups. As I exited the tunnel and hit the ice I started to stretch out just like any other game. While I was stretching I looked around I saw hundreds of people in the stands, 750 to be exact.

As the Red Wings Alumni Team hit the ice I turned into a fan. I had stopped skating around and just watched them warm up and take shots. I felt like I was in the stands at The Joe waiting for someone to toss a puck over the glass to me. The whistle blew which pulled me out of the day dream; I was going to play the guys I had grown up watching and idolizing. 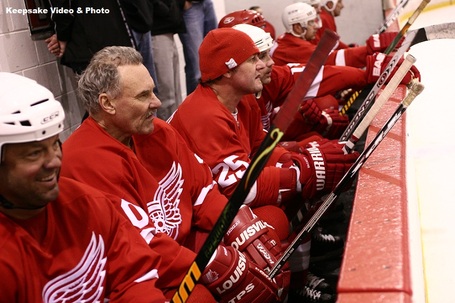 The Puck dropped for two thirty minute periods, and everything disappeared. The only thing that went through my head was the game. Not who I was playing against or the amount of fans in the stands. The only thing I was doing is trying to skate as hard as I could, play good defense, and to create a chance at a goal for me or a teammate. A few shifts in and I saw my teammate take the puck to the corner, he got pinned to the boards and another teammate and DRW Alum skated in to help. My winger pulled the puck out and I headed to the front of the net. The defenseman on me headed after the puck carrier. The puck was sent to me out in front and I slapped it as hard as possible and it went into the net. The crowd erupted. As I looked around people were on their feet clapping and chanting. The closest experience I could have imagined to being a pro hockey player. 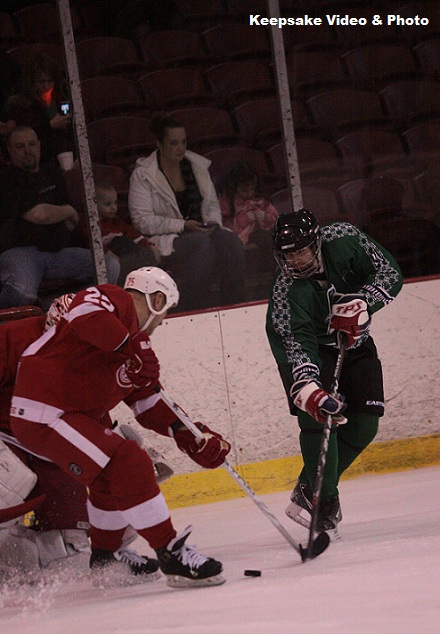 After the first thirty minutes The Shawn Burr All-Stars led 6 – 1. In the Second the Detroit Red Wing Alums decided to flip the switch and took over the game. The DRW Alums took to the board, they scored quick and often. In the second they tallied up 10 goals to The Burr All-Stars 1. On one play Petr Klima was heading toward the middle of our zone and I was hot on his tail. As he was about to shoot I was ready to pull a Datsyuk and steal the puck away and take it up the ice, but as I went to lift his stick it was gone. I got air and he got a goal.

After the game we congratulated our goalie and shook hands with all of the DRW Alums before a picture was taken at center ice. It was a great experience not only for the players, but for the fans as well. 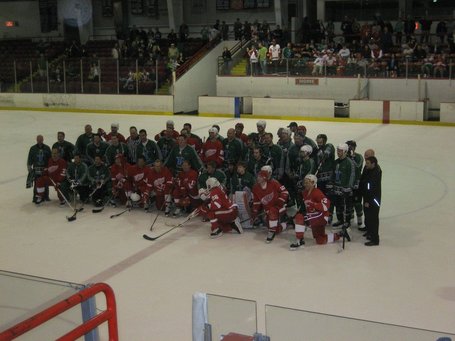 The Hockey Cancer Classic raised around 75,000 dollars for the Leukemia and Lymphoma Society and the University of Michigan Cancer Center. As important, 150 people were swabbed (to be a stem cell donor) before, during, and after the game. Some people showed up just to get swabbed and others showed up to get swabbed and ended up buying a ticket to watch the game.

There will be another Hockey Cancer Classic next year and once the date is set I will let everyone know. If you want to help out the Shawn Burr Foundation you can go to their website and click on the donate button to help the charity. The swag from the game will be put up on the website for sale with all the money going to the charity.

In May, you can help take a bite out of cancer. The Michigan Dental Association will be doing swabs for the Bone Marrow Registry. Get to your dentist office in May and get swabbed, it's free. If the promotion is successful in Michigan it will spread nationwide.