With a 3-2 overtime victory over the top-seeded New York Rangers on Friday night, the New Jersey Devils punched their ticket to the Stanley Cup Finals against the Los Angeles Kings, who took only a combined 14 games to eliminate the top three seeds in the Western Conference for the right to battle for the Cup for the first time since the mid-90s.

So let's take a quick look at the matchup and then get your predictions for what will happen when the Finals start on Wednesday.

With a 91.2% penalty kill and 5 shorthanded goals, the Kings have allowed only 1.57 goals per game (23 total). While this isn't surprising, given their regular season numbers, they did only have to face one top-ten offense on their way. Still, a Vezina finalist and Conn Smythe contender between their pipes and a whole-team commitment to defense, the Kings are tough to score against. On the other side, New Jersey has given up only 2.33 goals per game (42 total). Their PK has struggled to a 74.2% clip and 1 shorthanded goal (from the regular season league-leaders in that category). Still, their success has hinged on having the best 5-on-5 for/against ration of any team in the playoffs thanks to a very effective counterattack.

Advantage: If you take the goals against totals for any two of the Kings' series combined and matched it to New Jersey's goals against in the Florida series, you'd get a smaller number for LA. Advantage goes to the Kings.

When you throw out the wild Philadelphia/Pittsburgh series, you're left with the two top-producing offenses in the playoffs. L.A. puts up 2.93 goals per game while New Jersey does 2.83. Special teams-wise, the Devils' power play is a very respectable 18.2% while the Kings struggle at only 8.1%. L.A. has one more goal on the power play than they do shorthanded so far (and half of their power play goals have come at 5-on-3). Take away special teams and these are still the best 5-on-5 teams left with New Jersey holding the advantage in GF/GA ratio 1.62 to 1.52. The mitigating factor in all of this is that Los Angeles paved their way to the finals going through the numbers 1, 4, and 5 defensively ranked squads in the league for regular season defense while New Jersey tangled with numbers 3, 12, and 20.

Advantage: At even-strength, this one looks very evenly matched, but special teams is such a wild card in this series. The Devil's power play is good enough to do damage, but it's also a team that specializes in shorthanded goals in the playoffs versus the regular-season leader in giving up shorties. I think this series is going to be more about which defense fails than which offense breaks through. Advantage: Even. 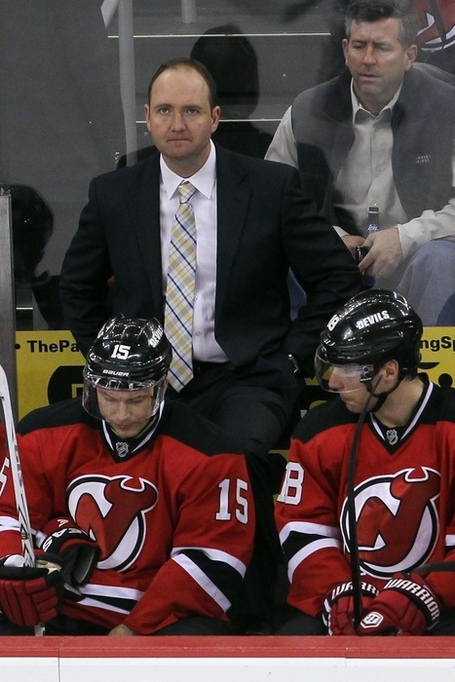 The dad from 'The Nanny' loves hockey.

Pete DeBoer looks and dresses like he can't wait to ask what it's going to take to get you into this 2001 Ford Festiva. 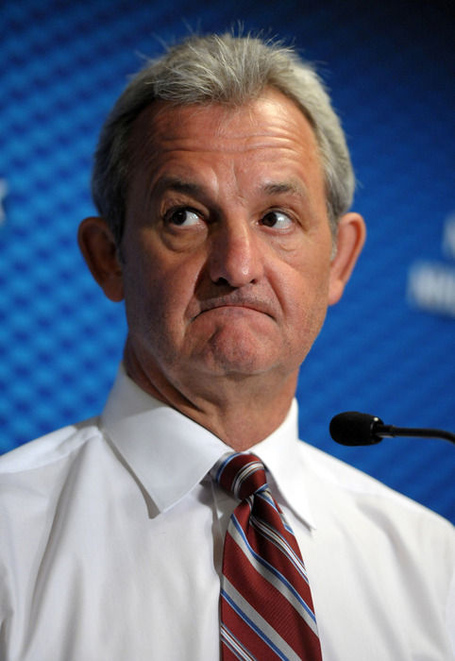 Darryl Sutter looks like he misses the gang back at the studio, Jim Henson most of all.

Advantage: They're both good coaches.

Me: You'd have to be insane to pick against the Kings, right? Well Dominik Hasek is talking about an NHL comeback at 47. Insanity rules the day. Devils in 6, for no good reason.

Graham: Kings in 6, only because Brodeur will steal a game before the Kings go up 3-0.

What do you think?