Hey there, folks. We've got two groups working their sides of the negotiating table, but that gets kind of boring. So we'll pass the time with with caption contests. Last week's winner was Red, White and a Mile high. 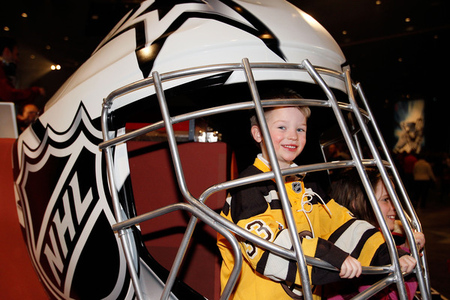 This is why we need restrictions on goalie equipment sizes.