The last picture was so bad, we had to put off the caption contest for a whole day to recover. But here I am about to post it anyway. Our winner was SlapshotGoal. 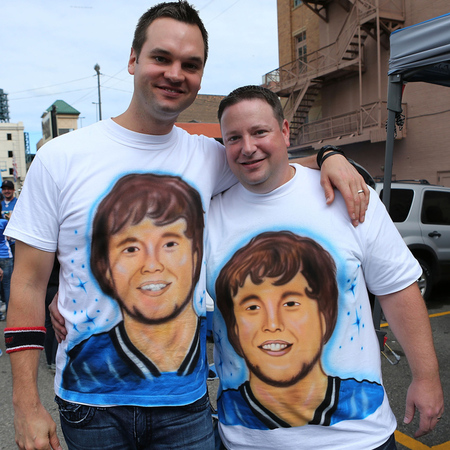 Screw this picture, I demand HOCKEY!

Despite Michelle's demands and offer to help us actually put up a hockey picture, I put up something else because I'm a grown-up.