The new SB Nation United system doesn't let us do captions on pictures, but that doesn't stop YOU all. 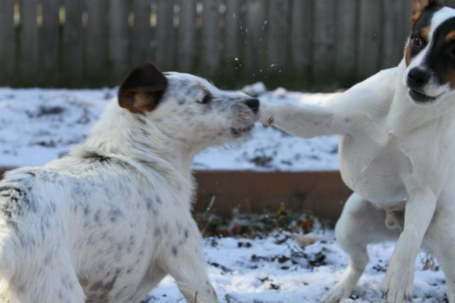 "This week on NHL Network: Puppies Recreating Famous NHL Fights!
Because it'll happen eventually due to the lockout

As always, we have a new pic this week. Here's how it works: Caption the header image as many times as you can think up a funny joke for. Using other pictures and .gifs as caption material is completely within the rules. Just make sure you put a title on it.

Whichever caption gets the most votes wins. Your prize is having received the most votes and the satisfaction that comes along with fleeting internet popularity