Caption fun continues as the summer drags on for another week. Last week's winner was SlapshotGoal who gave this picture: 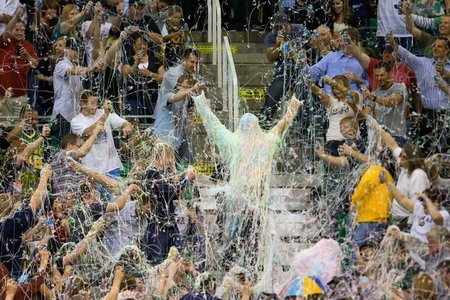 Well done, you pervert. There were quite a few other good comments, including a .gif I'm not putting up.

LongJohn46 said: "Depth Chart - I used to be the third string goalie, but this is just plain Silly."

and mistercristo nailed the dirty pun: "Buk-hockey Night In Canada" wasn't such a great idea after all."