Well, well, well. Red, White and a Mile high didn't need any insurance last week, because he wrecked the competition with the following caption. 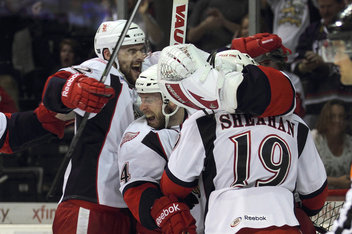 Like a good neighbor, State Farm is there... With the CALDER CUP!