Happy Independence Day Eve! Yes, even to the Canadians among us, and to everyone.. Well, except that one guy. No, not that one, the other one.

Last week, while rushin' towards the goal, uvgt2bkdnme went native on us to score the winning caption. 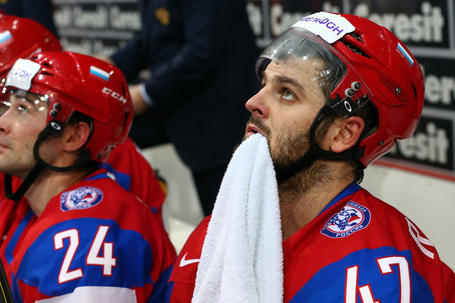 How do you say "dolla dolla bill y'all" in Russian?

Come up with as many funny, witty, creative captions for the header image as you can. You may use other pictures or .gifs, as well as genius pulled directly from your ass... er... head.

Each rec a caption receives is a vote, so if you like a caption, rec it... rec it good. Whichever caption receives the most votes is the winner. Your prize, for winning such a prestigious contest, will be the praise (or envy) of your peers, as well as internet popularity that will last *forever.

*or, more likely, until the next caption contest winner steals your thunder and your fleeting internet fame vanishes quicker than Blackhawks fans during a losing streak.