This comes via Ansar Khan's Twitter feed this morning: 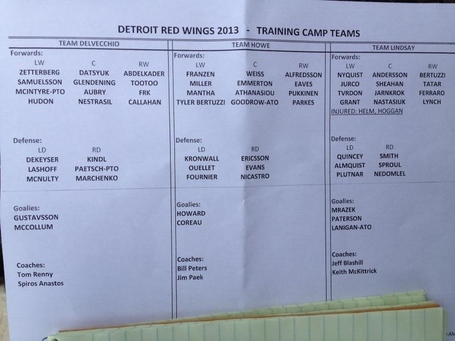 Some interesting notes which could mean nothing, but we're still several weeks from the start of the season, so we might as well spend some time reading tea leaves:

In case you missed it, Helm talked to the Macomb Daily's Chuck Pleiness about how he feels.

Looks like there is a possibility Darren Helm may miss training camp with Wings. #RedWings http://t.co/ngHlCMKJ2T