After a domineering win over the most fiscally valuable yet least successful NHL franchise over the last 46 years, the Red Wings look to wrap up the preseason with a strong finish.

How: This game will be televised nationally on the NHL Network in the United States and on CBC in Canada. Those wishing to listen on the radio can listen on CBS Sports Radio Detroit 1270 AM.

As with yesterday's preview, the Wings and Leafs look to re-kindle their fire in this season of love, switching flags, accents, and venues for one evening. 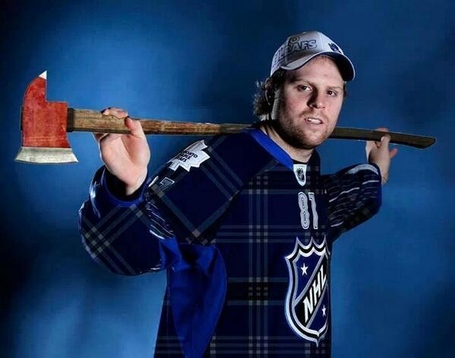 The Wings' lineup hasn't been released yet, but the eight players they called up from Grand Rapids will probably be playing. That list includes Mitch Callahan, Calle Jarnkrok, Teemu Pulkkinen, Riley Sheahan, Ryan Sproul, and Jared Coreau.  They also signed Jeff Hoggan and Nathan Paetsch to professional try outs to be available to play. We'll update in the comments or the gamethread if/when the lines are released.

Please, share your funniest Leafs jokes in the comments.