After a trial run this past summer that included everything from viral articles to terrible yearbook pictures, Winging It In Motown is getting a bit of a shakeup.

[Ed Note: Give a warm WIIM welcome for our newest plebe, David. After some impressive fanpost work this summer, we're bringing him on as a full-fledged author. Looking forward to seeing some great stuff this season!]

So I was taking a shower. 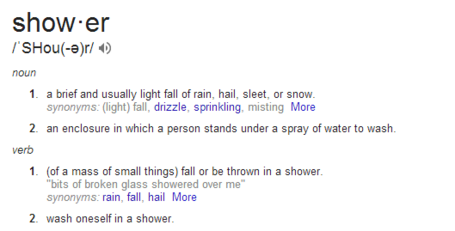 It was a very hot and muggy August evening and it had been a long day at work. I had been teaching tennis to little screaming 6 year old children who believed they were playing baseball (and therefore hitting "homeruns" over the fence) with tennis rackets, imagining as though they were Mike Trout or Robinson Cano. Kids have wild minds, but they are never short of energy and imagination.

You could probably imagine that the shower stall is my place of refuge after a long day. It's my place to sing, dance, pretend I'm President of the United States, give a speech to an engaging crowd, save the world, or interview a hockey player who had a rougher night than I did.

This all sounds pretty strange right? Well, it's an attention grabber.

Hi, I'm David Malinowski, and I'm the newest member of the octopus fan club here on SB Nation's Winging It In Motown. I was born and raised on Long Island just outside of New York City and I currently reside in Ann Arbor, Michigan.

Growing up, I was living under the shadow of the New Jersey Devils (the other '90s NHL dynasty), while attending quite a few Rangers and Islanders games. Martin Brodeur was the man, the Yankees were big, the Mets were actually good, and the Giants made some headlines as well. NSYNC and the Backstreet Boys were on girls' minds (not Bieber), Tower Records still existed, and you listened to music on boom boxes, not iPods. I realize I'm a college student trying to sound like an old man, but all you need to know is this: the Red Wings' playoff streak is older than me.

If you were to come to me a year ago and ask me about the Detroit Red Wings, I'd laugh in your face. I had zero connection to the team, and probably couldn't name every single one of Jiri Hudler's favorite beers, aphrodisiacs, nor fetishes. 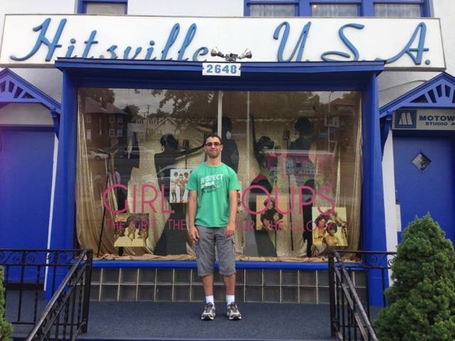 Standing in front of Hitsville USA

However, as a long time Devils fan and considerable hockey fan overall, I made the pilgrimage to downtown Detroit in February and saw the Lidstrom-less Red Wings take on the Anaheim Ducks and Corey Perry's weird faces. At the time, I wasn't sure where I was going to end up going to school, so I assumed it would be a quick game and I would be gone. However, walking up the steps to the Joe changed everything. I was engulfed, I saw the Gordie Howe statue, and I was surrounded by red jerseys and Little Caesar's pizza.

I was in attendance for Joakim Andersson's first NHL point (and goal), as well as Tomas Tatar's second goal of the season against the Anaheim Ducks in mid-February. Unfortunately, the Wings collapsed in the third period and lost, but it was still an eye opening and unbelievable trip.

Ultimately, I committed to the University of Michigan and my passion for Detroit sports and Detroit City itself grew into something bigger than I could have ever imagined.

I have been writing for my entire high school career, but I only started covering hockey this past season, starting with the Devils and Red Wings at Hockey Tracker. Eventually, I got into scouting and even have had some wacky encounters with the likes of NHL Draft picks at dining halls and interviews with USHL players in recreational locker rooms.

Blogging about hockey and having a voice in the tightly knit hockey community became a very real thing, and it happened almost instantaneously. 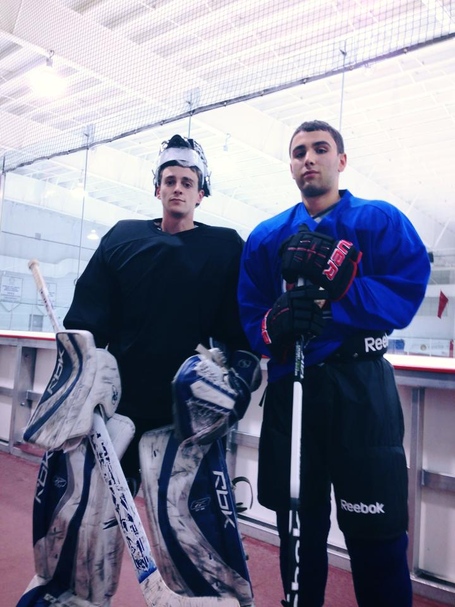 In my spare time, I enjoy playing the guitar and saxophone (alto), watching other sports, aviation, investing, and socializing. I'm also a fairly big tennis player as well as a roller/ice hockey player.

Adapting to the Detroit hockey culture has been both fun and unnerving at times, but I can promise you I embrace every tenet of it, and I look forward to bringing you some of the best Wings coverage on the internet. I might not be as blatant as J.J. or Graham, but I have my own unique style. Consider me the pledge of the WIIM frat; I'll be doing a lot of the dirty work around here. Hopefully I won't have to run around campus naked, because that's for the shower.

Feel free to say hello once in a while! I'd love to meet you for coffee. Let's make it a great year.