Bertuzzi won’t be back with Wings | Red Wings Front
It was time for the Wings to part ways with Bert, but I'm going to admit that I'll miss him.

Rolling Boyle: With deal still unsigned, Islanders look to re-gift UFA defenseman - Lighthouse Hockey
In his Rumblings blog on Wednesday, ESPN's Pierre LeBrun reports that Islanders GM Garth Snow has "talked to a couple of teams" regarding defenseman Dan Boyle, who will be an unrestricted free agent if he isn't signed to a contract before July 1.

Brian Campbell wants out of Florida, says report | Puck Daddy - Yahoo Sports
Nobody has been able to verify this story, but it wouldn't surprise me. I think I'd like Florida to eat salary, but adding Campbell could be a good move.

Trade Em For Nothing by Dire Staces - Battle of California
This is fantastic.

So are the Sharks moving to Seattle or what? - Fear The Fin
FTF takes a levelheaded look at the story about their bad television contract.

Spezza's "no-trade" List and Preferred Destination - Silver Seven
Appears Spezza wants to go to St. Louis, because he's comfortable in hockey cities where they actually don't care that much about hockey.

Bruins fan gets an absurdly embarrassing Thornton tribute tattoo - Eyes On The Prize
Hahahaha what a dummy. 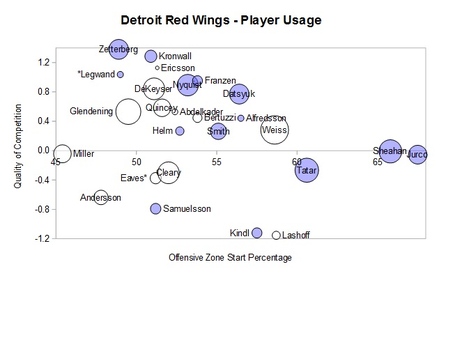