DETROIT -- After today's practice at Joe Louis Arena, the diggers have given us some updates on looming injuries the Red Wings have had. Specifically with Johan Franzen, Darren Helm, and Luke Glendening:

Jeff Blashill said that Darren Helm (concussion) has had a "setback today" and won't play for the #RedWings this weekend.

Franzen: "One more hit, and that's probably it." 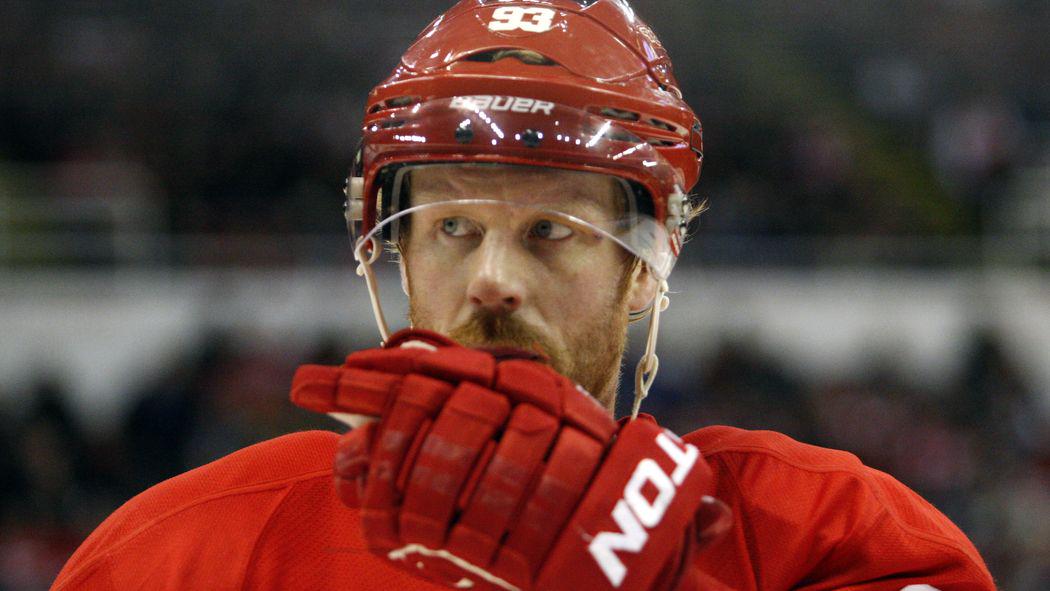 Earlier this summer, Franzen had some very heavy stuff to say to local news. Read all about it here.

The second one is the biggest. Franzen has battled concussion issues for years now, and another setback isn't exactly helping his already shortened future playing hockey. I think most of us can agree that it's likely time for Mule to hang up his skates for good. These updates arrive just in time for an impending roster crunch for the Red Wings. I assume that Franzen will be moved to LTIR, which doesn't shove Ken Holland into waiving, or sending a player down to Grand Rapids. If you ask me, I don't think we'll be seeing Franzen anytime soon, so they now have an additional roster spot, and cap relief.

Not sure when this happened, but it looks like Luke Glendening is questionable for tomorrow. I'm not too worried on this because A) The Red Wings have plenty of players who can fill in that role, and B) Glendening is a tough kid. I'd be surprised if he sat out.