As I made my trek down to Sunrise, Florida for the 2015 NHL Draft, I went through my long, detailed list of prospects I wanted the Red Wings to take at 19th overall. I'll admit, I was fully expecting a defenseman of some sort. While there might not have been a ton of big blueline names available at the time, I was still a bit surprised with their pick. Disclaimer - Just because I was surprised, doesn't mean I was disappointed. Let's say I was pleasantly surprised that the Red Wings decided to take Russian forward Evgeny Svechnikov in the first round. He was a guy I had to include in my series of Draft profiles that I did. Even though I was expecting a defenseman, I had Svechnikov on my list of players I would love to fall into the Red Wings' hands. To be honest with you, I'm surprised this guy went outside of the top-15.

What's there to say about our newest Russian? He's a mountain of a kid, standing at six-foot-two, and weighing in around 200 pounds. He's big, gang. He has a charming personality that is accented by his smile, which is missing a tooth right up front. When I had the chance to speak with Svechnikov at the draft, you could tell he was starstruck. The look on his face when I told him that he was the highest Russian-born draft pick in Red Wings history, he didn't really know what to do but throw out a big awkward smile and shake his head in disbelief. His family, who were in attendance, are somewhat of hockey nomads. They hail from the easternmost part of Russia, on a peninsula, in a city called Yuzhno-Sakhalinsk. The craziest part? Svechnikov's hometown is closer to a major city in Japan than it is a major city in Russia. I'm not kidding when I say you could likely throw a rock and hit Sapporo from where he lives. Pretty cool nook of the world to come from.

Svechnikov broke the "Russian Factor" when he decided to head to North America  after spending a year between the KHL and the MHL in his journey to become an NHL star. He spent the 2014-2015 season in the QMJHL with the Cape Breton Eagles where he scored an impressive 78 points (32 g, 46a) as a rookie, earning himself an invite to the CHL Top Prospects Game, as well as being named to the QMJHL All-Rookie Team. Prior to his rookie year in the Q, the 18-year-old playmaker was drafted 2nd overall by Bars Kazan in the KHL Draft, spent three games in the KHL with zero points, and 29 games in the MHL where he was just south of a point-per-game. Evgeny Svechnikov will spend another season in Cape Breton developing, and readying himself for his next step. 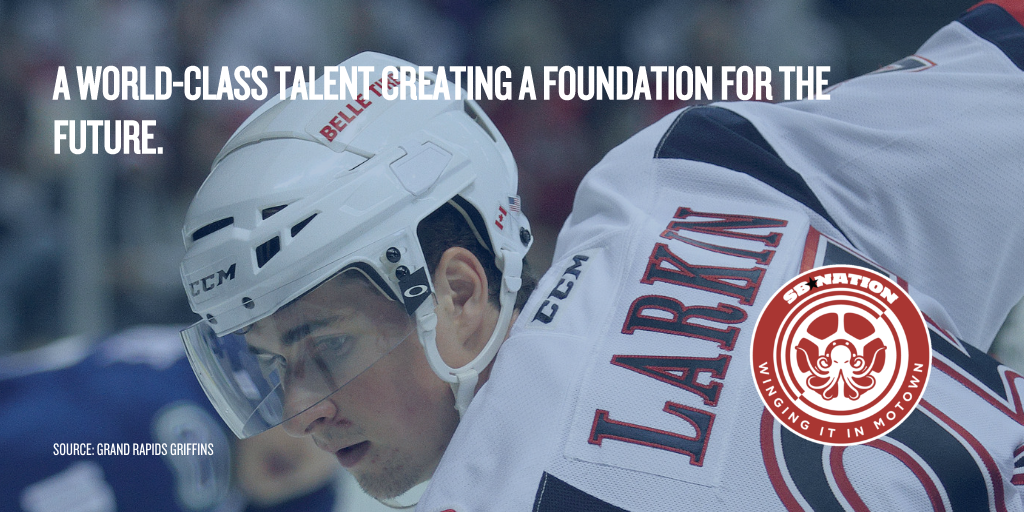 So what kind of player is Evgeny Svechnikov? We know he's big, and that's good. What else does he have that makes people so high on him? From what I've seen with highlights, he is an offensive firebrand. He has natural instincts with the puck, and a devastating shot. He's a smooth-skating player, who could likely use a bit of work in his own zone. The thing about Svechnikov is that he has such an acute vision of offense while on the attack, and when you mix in his size - That becomes a very lethal combination in a "power-forward-type" winger.

Svechnikov has a dangerously hard wrist and snap shot that has ridiculous pinpoint accuracy. He has excellent puck control, and a large wingspan. Combine all of these attributes with a textbook-like ability to transfer his weight, and edge efficiently, you have yourself an electrifying blend of skill. While he has the skills to be a top-10 talent, and could quite possibly be among the top 2015 Draft prospects in terms of skill, as I said before he does have some issues in his own zone. He tends to leave his assignments, and take long shifts (a common thing in the QMJHL), which leaves him tired and easier to beat. These are all things that can be fixed with development, but if he's going to want to make it in the NHL, they will need to be ironed out.

Evgeny Svechnikov is a first-round pick for the Wings, so of course I'm geeked over him because you're supposed to be excited about first round picks (unless they're 30th overall, in which case you get to be excited about something else and you can shut the fuck up). He's a big ol' grinnin' Russian kid who plays a power forward's game. From reading the draft profiles of him, the experts seem to have universally liked the Wings' first pick and seem to think that what Svechnikov has in his toolkit right now gives him a better-than-average chance of panning out to an NHL career in fitting with his draft position.

He's also a high-scoring winger in the QMJHL and that has never ever led to a single negative thing with the Wings taking a kid in the first round.

One of the best parts about Evgeny Svechnikov is "rawness" he has, which leaves him an extremely developable type of player. He participated in Development Camp, and will play in the Prospects Tournament coming up here this month. While he hasn't earned his first NHL contract, I believe that if he performs well in the tournament, and have a successful sophomore season in the QMJHL, he will be right on track to becoming a top-six NHL forward.