The All-Star Game is upon us all. After this weekend, all sights will shift to the NHL Trade Deadline day on February 29th, at 3 PM. What does that mean for writers like me? Trade speculation. Honestly, I've grown less and less fond of this time of the year. It's quite fruitless, and tedious, but it does matter. To teams, to fans, to the league, whatever. It matters.

IMPORTANT NOTE: The Detroit Red Wings need to dump salary before making any big moves happen. Players like Kyle Quincey, Darren Helm, Jimmy Howard (this won't happen), Jonathan Ericsson (a boy can dream), and yes, even Gustav Nyquist must all be considered for this.

The first two players are both rentals, which is something I really don't want any part of.  They're expensive, they're risky, and unless you are a team that is a perennial contender in the league (Blackhawks, Capitals, Kings, etc), It's a double-edged sword. You make your team better, but you gut the farm system. The problem with the Red Wings is that the past few rental acquisitions they've made haven't been game-changing players. David Legwand, Erik Cole, and Marek Zidlicky are all decent depth players, but in my opinion, not guys that can push you over the top. I'm not going to sit here and breakdown the assets that were given for them, I think we've covered that enough. Anyways, the two names that are out there currently are Winnipeg's Andrew Ladd, and Dustin Byfuglien. One a top-pair defenseman, the other a fringe top-six forward. The price for both will come at a premium. 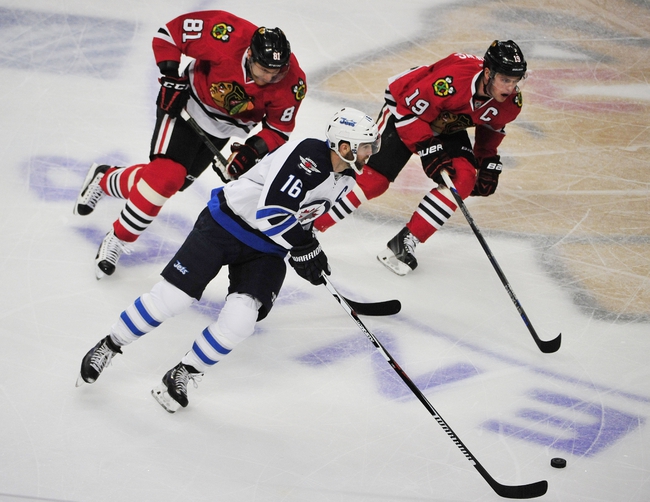 The team needs offense, sure. Probably just as much as it needs defense. Andrew Ladd has 27 points (10 goals, 17 assists) on the season with a struggling Winnipeg Jets. I asked the folks over at Arctic Ice Hockey what they think will be the asking price on Ladd's rental, and they said they expect a comparison to what Arizona got from Chicago for Antoine Vermette:

Conclusion: I'm not sure there is a fan of this team who would be content with a trade like this. I don't think Ken Holland has interest in Ladd, but thinking about a trade like this gives me gut-rot. No thanks, not in 100 years. 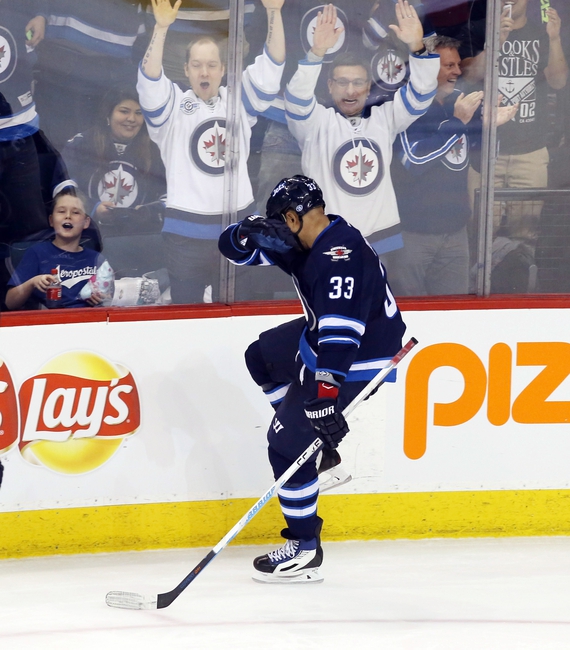 Here's the bombshell. Everyone wants him, and it's to be expected. Byfuglien is a big, powerful, offensive/defensive force. His huge frame, physicality, and booming slapshot make him one of the most highly-touted pending free agent defensemen this season. My question remains the same - Why the heck would the Jets NOT try and re-sign this guy? I don't think Winnipeg is too far off from being a good team, maybe one or two pieces. Either way, if Big Buff is on the block come the end of February, there will be multiple teams in on him who are willing to pay, and boy-oh-boy that price tag is going to be hefty. I imagine it will be comparable to Ladd's return, but with an added piece. Looking back on the deal between Los Angeles and Carolina that brought defenseman Andrej Sekera to the Kings, we can build off something like that:

Let's be clear, players Byfuglien come at a premium. Sekera was good, but he's not like Buff.

Here's the catch - Winnipeg has plenty of room to take a cap dump from Detroit. In order to make this happen, that will be necessary. So say "ta-ta" to Kyle Quincey, which is easy to do. Keep in mind, I think that a trade for Byfuglien STARTS at a 1st round pick, and a top prospect like Mantha.

Conclusion: It sounds sweet, doesn't it? You add a guy who can soak up the big minutes, produce offensive numbers, and add some mega grit to the blue line. The only thing I am not crazy is paying a huge price for a rental. It would be nice to get Byfuglien on a sign-and-trade type deal, but those never happen nowadays in the NHL. So you'd have to hope like hell that Byfuglien is willing to sign in Detroit, and you have to be willing to bust out the big bucks.

There's a good look at what Winnipeg has to offer. Out of all teams, trading with them makes a lot of sense given the fact they have space to take on a salary dump to make a trade happen. If you ask me, there are some more lucrative options out there for the Red Wings to consider. Don't worry, we'll cover those later.