We've talked about potential players Detroit could trade for, but what is the actual market value for some of the Red Wings tradebait?

We all know that the Red Wings are dealing with a logjam, and that's not going to change for the foreseeable future. Perhaps it's better to have, than to have not, but there's no doubt that this team needs to start making room for it's younger talent. Another possibility is that the team could package up some names and go for the "blockbuster" trade that might land them an impact defenseman or forward.

What we have here is each player that could potentially attract interest from other teams. We ranked each player on a scale from 1-10, then came to a consensus as a group. Just to clarify, the ranking system we have here is in our perceived trade value. 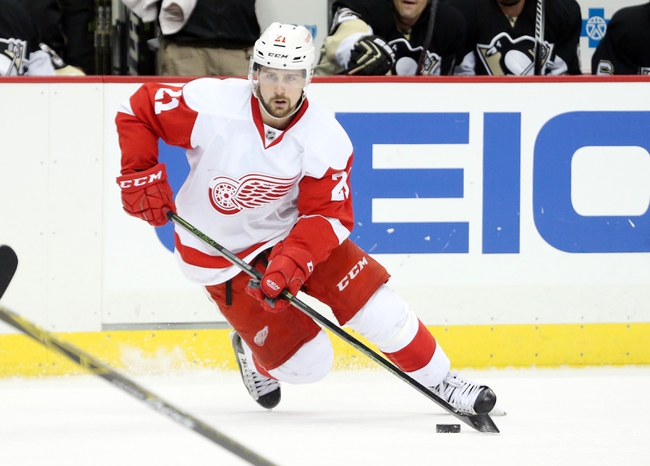 Tatar is a smallish, but speedy winger who has proven to put up points, but has yet to find true consistency this season. For what he's paid, he is the Red Wings most valuable roster player outside of guys they wouldn't trade like the EuroTwins, Dylan Larkin, or Petr Mrazek. If his name hit the trade block, I'm certain there would be at least 20 GMs inquiring. Tatar should only be used in a trade if the return is yielding something sizable in return. 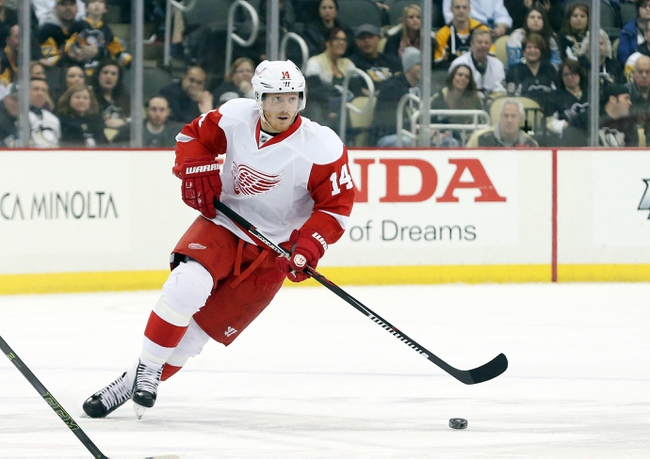 Gus Nyquist is another small, but skilled winger who has been worth 20 goals every season since he made the move to the NHL on a full-time basis. He's yet another player who is a bit snakebitten this season, but he's not shooting the puck nearly as much as he has in prior years. You could argue that Nyquist's contract makes him more valuable to a GM looking for a long-term commitment, I chose to give the tiebreaker to Tatar because even though he's due for a raise, his cap hit is magnificent. Like Tatar, Nyquist should only be used if it's returning something of absolute need. 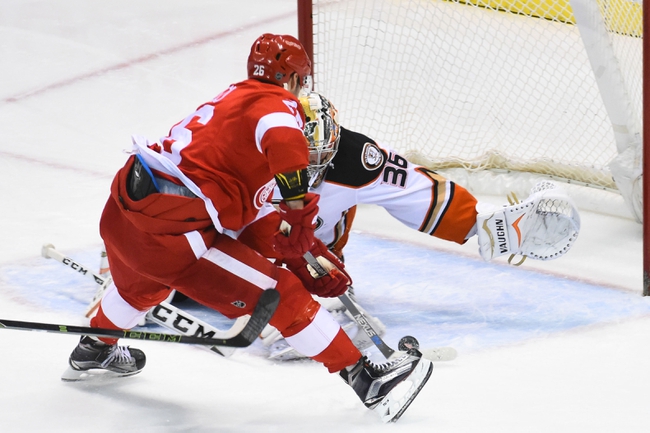 Jurco's a 23-year-old power winger type guy who has spent a lot of time soaking up small minutes on the 4th line, but is starting to come out of his shell in little bits. There's no doubt the skill is there, he just needs to find consistency and perhaps playing with better players fixes that. He's paid peanuts, and his RFA status in two seasons adds value to him as a trade piece. Jurco would likely be an additional piece in a bigger transaction. 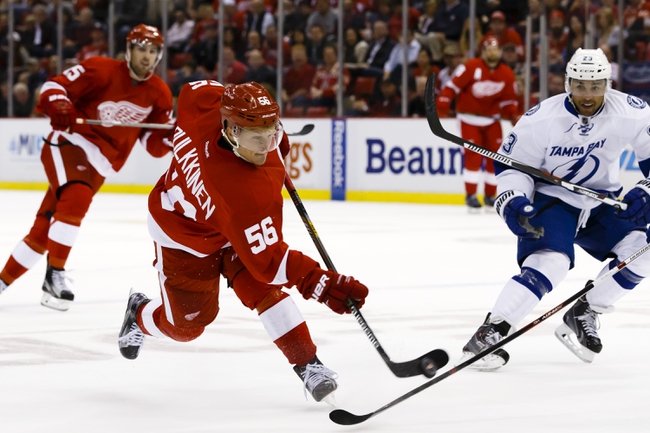 Teemu Pulkkinen dominated the AHL with historical success. His booming slapshot is the centerpiece of his repertoire. Unfortunately for the tiny Finnish winger, he's spent significant time on the bench due to some lofty expectations from coach Blashill. This is a guy I think could be traded for another decent prospect, or draft pick all on his own. GMs know what he is, and what he can do. If he's utilized properly, he could really breakout. Honestly think Dallas or Carolina might be interested in him. 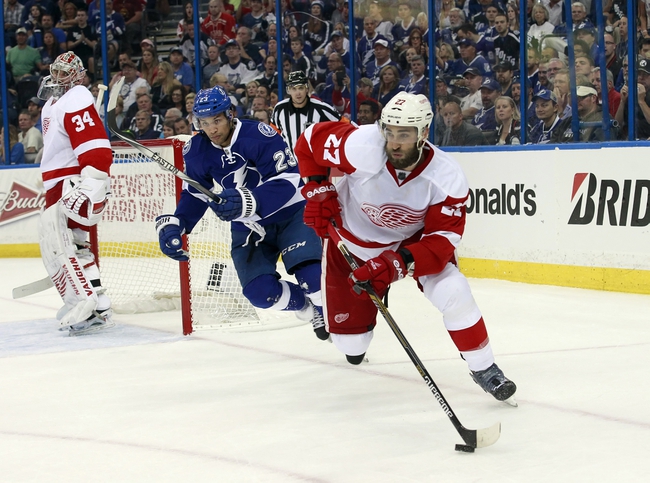 Kyle Quincey gets paid a bit much for his style of play, but there's not much doubt that general managers and coaches around the NHL value "defensively smart" blue-liners. He's had a quietly solid past couple of seasons even though his offensive numbers are nothing to shake a stick at. Could be moved for a draft pick. 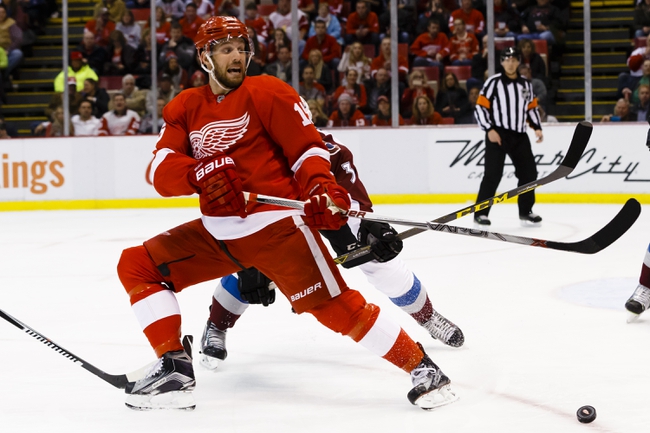 Riley Sheahan is a dependable two-way center who can play in all situations. His contract status is favorable due to his lower offensive output, so he could be re-signed at a bargain for a guy who can play bottom-nine minutes. Part of me really doesn't want to part with Sheahan, but if the Wings had an offer that brought a decent return, it's hard to say no.

It's everyone's favorite "let's trade him" guy! Ken Holland already said he's not looking to trade Howard, but he still has some value, despite it being depleted after two subpar seasons. If Howard is to ever be moved, it'll be during the summertime. My guess is NHL teams aren't comfortable offering more than two draft picks for him. 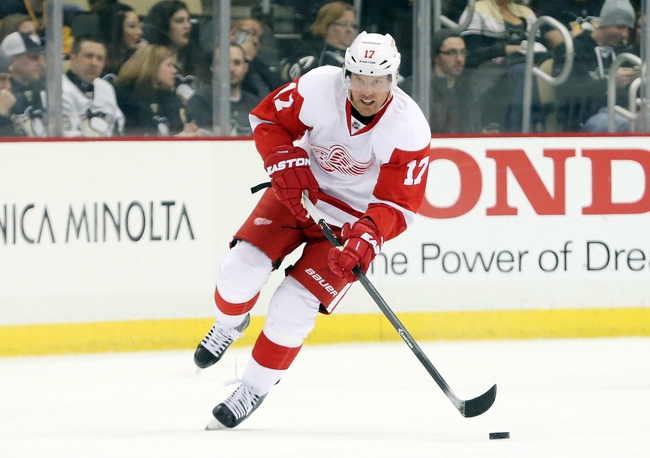 Good ol' Brad, one of our crafty veterans. He hasn't exactly wowed many of us, but he hasn't been terrible either. I'm not sure what to make of it, but he'll be UFA this summer, and he's holding up a roster spot for a younger guy who could do well in his role. Richards might be useful to a top contender like Los Angeles, Chicago (again), Washington, or Dallas. Draft pick would do it, I'd even eat a bit of his salary. 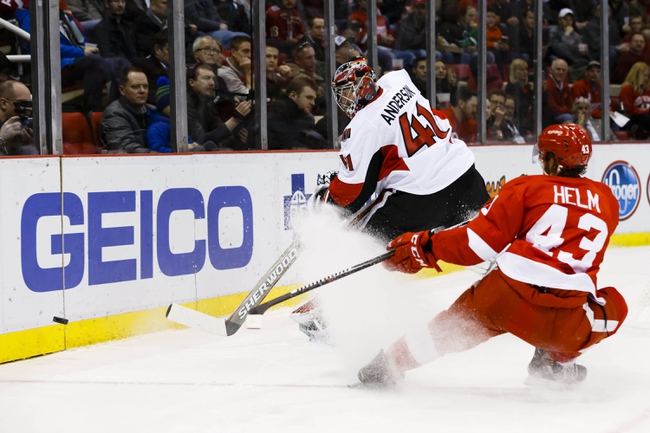 I know some of you probably won't agree with this, but Darren Helm is the caboose for this post in terms of value. He can kill penalties, he's fast, but that's about it. He's played a lot of top-six minutes (which he didn't deserve), and didn't impress in that role. I can see Helm maybe being needed by a wild card team who needs to bolster bottom-six depth. Draft pick or mid-tier prospect would do it for me.

Please keep in mind, this is just speculation on our part, and this doesn't mean any of them are actually trade-bound. The Red Wings have plenty of players that could be worth something in the trade market, and these players are the ones that sat atop our list.