The Red Wings have already inked themselves a free agent out of the University of Maine, but why stop there? Here are some names worth considering.

For those of you who don't closely follow NCAA hockey, the best developmental league in all of North America, you might not know that the free agency period for undrafted college players has begun. It's an interesting time of the year - There's always a handful of promising players available, and teams inquire on them left and right.

If memory serves me correct, the only two impact players that came out of the NCAA as free agents were Torey Krug, and Danny DeKeyser (there are probably others, don't yell at me). What's important is that the college circuit is a great path for development whether it's on an athletic level, or an educational level. The alluring reality of acquiring a promising prospect for the cost of one contract spot is what makes this such an enticing option for a team like the Red Wings, who are very "rebuild-on-the-fly" right now. 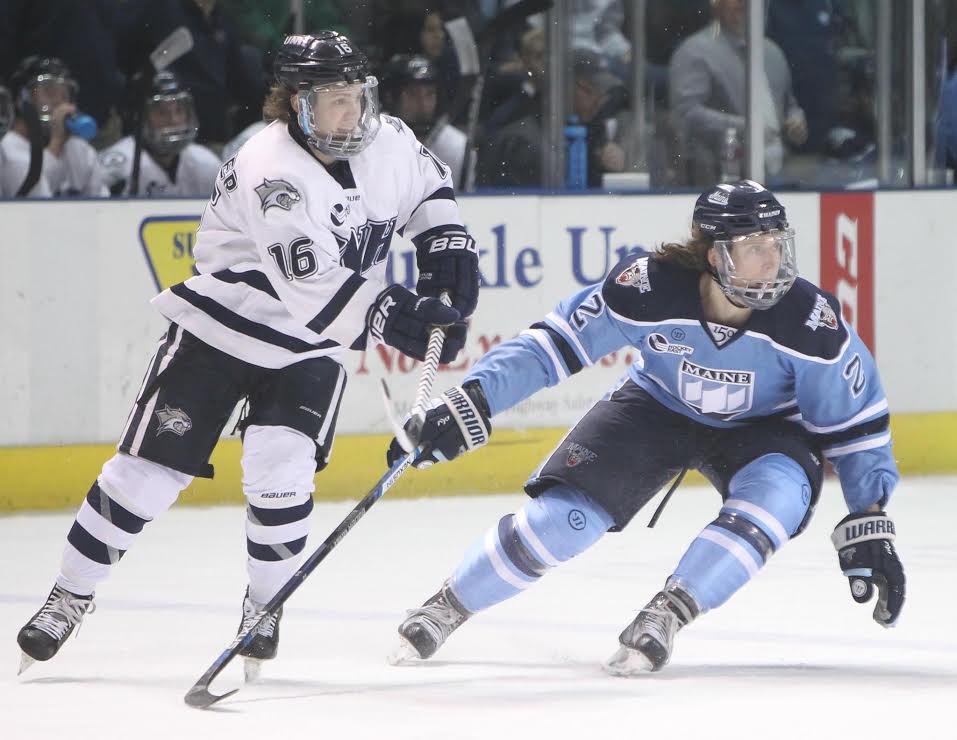 In case you missed it yesterday, the Red Wings signed University of Maine defenseman Dan Renouf to a two-year entry level deal. You can read more about it from our article yesterday. Does that mean the Red Wings are done looking at free agents? I wouldn't think so.

I've picked three names that I think the Red Wings should look at, and possibly inquire on. Keep in mind there will likely be a dozen-and-a-half other NHL teams going in on these players, and will likely promise them NHL time right away which isn't a luxury that Detroit has. What they do have to offer is a top-notch farm system stocked with good developmental coaching, and talented young players. Oh, and an AHL team that will no doubt make a push for the Calder Cup. 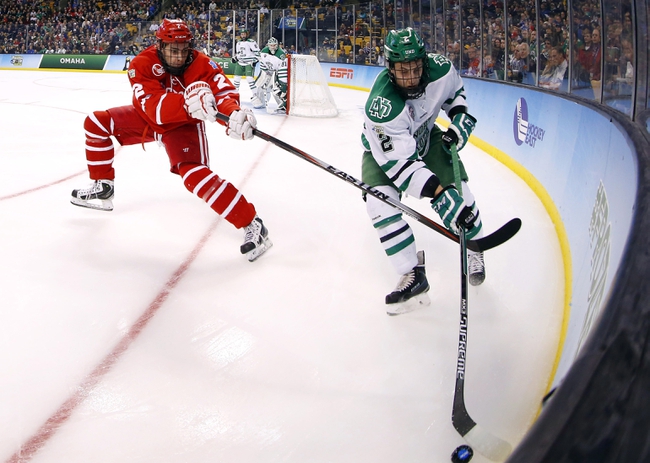 Stecher is the top name in this year's crop of NCAA free agents. He's a right-shooting two-way defenseman with an NHL-ready ability to play with or without the puck. He reminds me a lot of the DeKeyser type who can play in all situations, and compete with the best of them. He'd be useful as a QB on the blue line, and his vision gives him the upper-hand on both ends of the ice. The only concern is that Detroit has developed a knack to spend too much time in their own zone trying to setup a breakout. For guys like Stecher, this could be a major downfall. If he's willing to follow the path of AHL-to-NHL development, he's a perfect fit for the Wings. They play a strong puck possession game, and he's a perfect accent for that. I'd project him as a solid mid-pairing guy.

Much like Stecher, Casey Nelson is an offensive-minded righty defenseman with a bit more flare to the offensive side. Along with that, he has a somewhat big, lanky frame comparable to DeKeyser. He's a good skater, and puck-mover. His emergence as a mobile offensive defenseman with size has generated a lot of notice from NHL scouts over the past year. The only concern I might have with Nelson is that he could potentially be a liability at the NHL level, but his ability with the puck in times when offense is needed is certainly an asset any team is willing to take a shot on.

A forward? You gotta be kidding me, Kyle. Nope, I'm not. Let's be clear here - Aston-Reese isn't really projected as a top-six NHL forward. He's a bottom-six two-way forward with speed and physicality. His breakout junior year with Northeastern put him at over a point-per-game which deserves some attention as you don't see many players do that in his role. He's certainly a project player, but the Wings aren't going to get an immediate impact out of NCAA free agency, guys like Aston-Reese could develop into very useful utility players with development in the AHL.

It's a very middling year in terms of college free agents. Any team could offer one of these players NHL time off the bat, but it would be a huge risk. What we have here are project players, which most of you will likely roll your eyes at. I think that if you can add a solid defensive or offensive prospect who has had years of NCAA-level development without the cost of a draft pick, it's worth the shot.

There are tons of other names available in free agency this year, but these three are ones I've seen play most, and stood out to me. If you'd like to read more about what players are available, waltz on over to SBN College Hockey where Chris had a post of the top 15 NCAA free agents.