Welcome to the Detroit Red Wings Bandwagon! (Note: you’ll have to walk, though, the wheel is too young for the Red Wings to be interested in using during the playoffs)

If you’ve decided to cheer for our boys in red this spring, well, I guess you didn’t want to extend your season of fandom for all that long, but we’re glad to have you anyways. JJ has already explained WHY you so intelligently joined in for the ride, and I’m here to give you a crash course in Red Wings fandom.

We are not blind fanatics. In fact, I imagine we are just about the most cynical fan base of a playoff team ever. There is a perfect storm of emotions when you’ve been spoiled for 25 years and backing into the playoffs in the face of ugly personnel decisions is what you have to stress about. Because of this, I’ve also included a Hate Meter that will tell you just how much vitriol you can throw at a particular player and still blend in with the rest of us.

So, without further ado, your crib sheet on some of the every day-to-day member of YOUR Detroit Red Wings.

Pavel Datsyuk. Do we need to do this one? You know who he is. You probably even like him. He’s funny. He’s magical. On one leg and with his heart 4,800 miles away, he will still likely make an opposing player look silly during your stint with us as a temporary fan.

Helpful Hint: Don’t bring up the recent controversies about whether he’s leaving or not. He’s staying and we’re selling Mitch Albom to ISIS.

Henrik Zetterberg. The other half of the EuroTwins. (No, not the ACTUAL European Twins. Don’t ask) Ruggedly handsome. Smooth talking. A leader on and off the ice. Has a reputation for shutting down opposing stars in the playoffs and making them act like giant babies. He’s made Toews, Perry, Getzlaf and Crosby absolutely lose their shit over the years, and he only responds with a wink. He also once blew off Pierre McGuire, and it was glorious.

Helpful Hint: His son’s name is Love. Look at you go, you’re already going to be able to sound like a well-versed, long time fan! Also, his wink makes the viewer pregnant 67% of the time, regardless of their gender.

Hate Meter: 1. And it’s only for that contract (Which you hate)

Dylan Larkin. Our young phenom. A good ol’ American boy from Michigan living the dream. Lightning fast and boyishly handsome. You will come to love the way he absolutely flies down the ice. You will come to hate that he is routinely jammed onto the third line and give 14 minutes a night.

Luke Glendening. Are you sitting down? Because here’s you crash course in the insanity that is being a Wings fan. Glendening is not a bad person. He is also not, however, a particularly good hockey player. He doesn’t drive possession well, he can’t score  very well, and the recent advances in the way we understand hockey proves that a "shut down" guy just isn’t a particularly good player. But if you’re going to have one, Glenny is the type you probably want. He’s excellent at getting under the opponent’s skin and pissing them off. If you’re lucky, you’ll see him make Sidney Crosby actually cry. That comes with a trade-off though, because you may cry the first time he plays 22 minutes in a playoff game.

Helpful Hint: He was a walk-on at the University of Michigan and now plays in the NHL. I’m sure Pierre McGuire won’t bring this up 435 times in the first round.

Hate Meter: 6. Our first player that will actually draw negativity from the fans, though it’s not HIS fault that the organization is stuck in the prohibition era.

Justin Abdelkader. Pavel’s piano puller. A solid, old school type guy who knows his job on the ice. Probably not a first line talent, but he certainly can fake it well enough when paired with the superstars. Occasionally fights, though not particularly well. He is also the forward most likely to take a stupid penalty or throw an illegal hit. For the casual fan, there’s not a whole lot to dislike with Abby. He’s basically the vanilla ice cream of forwards, which isn’t a bad thing, it’s just not that exciting.

Helpful Hint: He played hockey at Michigan State. Which is not the University of Michigan. Go ahead and expect fluff pieces about Abby vs Glendening and Larkin.

Hate Meter: 4. He’s the type of guy you want to cheer for, but be prepared for him to do something that will make you hate hockey.

Tomas Tatar and Gustav Nyquist: I’m going to cheat and put these two guys together. Similar and different in so many ways that it’s reminiscent of the EuroTwins when they were elite, just not as good. They are the direct to VHS sequel to the 2007 Pavel and Henrik Show. They are two of the younger  guys that the team expects to score. They even do it! But they’re not ancient so brace yourself for Detroit media personalities to blame losses on them, instead of on the old guard(picking up on any trends, yet?).

Helpful Hint: Tomas Tatar is a party animal and huge goofball. You love him. Nyquist is more like the dreamy guy in movies who also turns out to be a great person, but he’s actually got a tendency to be a little shit on the ice(thanks, @whoabot!) if you pay attention, and that’s funny.

Hate Meter: 2. There really isn’t any reason to dislike these guys, but you probably have some held over resentment for Detroit’s relative success in the draft and I can’t think of a joke for these two, so there you go.

Andreas Athanasiou. Our other young gun. Maybe faster than Dylan Larkin. Tall. Handsome. Greeced Lightning has velvety smooth hands and actual rockets for legs. He will only play 2 minutes a night, but you can expect him to make you jump out of your seat 3 times in those 120 seconds.

Hate Meter: 5, I guess, if you’re Turkish or Jeff Blashill?

Niklas Kronwall. Affectionately known as Kronner. A man who was once one of the best #3 D-men in the league who has been unable to tread water as a #1 for too long and is now a guy that should be on a bottom pairing, if anything. It’s not his fault, though if the rumors of him always requesting to play with Jonathan Ericsson are true, maybe he’s got a bigger apology to make anyways.

Helpful Hint: A Kronwalling is always clean, and Kronner getting suspended for Game 7 last year was horse shit.

Hate Meter: 7. You don’t hate Kronner, but you hate what he has become and what he represents.

Jonathan. Fucking. Ericsson. Let’s just go ahead and get this out of the way. Fuck this guy. Not him, personally, of course. Because he seems like a pretty nice guy and is one of the most handsome people on the planet. But holy shit balls is he not a good hockey player. Bad coverage. Bad passes. Bad everything except for his hair. He is constantly, infuriatingly, almost aggressively used too often against too strong of competition. This is a player who was given the nickname "Riggy Shitbox," managed to improve his play so well that people were nigh on ostracized for referring to him as such, and then regressed so hard that calling him that now seems like it would be an insult to an actual shitbox. Because at least that could be placed in front of the goal and not get lost. The only glimmer of hope is that it has at least started to appear recently that his TOI will continue to go down. But if Blash decides to go into old-school (read; "wrong) panic mode, expect Riggy to be back on the first pair and logging 28 minutes a night.

Helpful Hint: Jonthan’s brother, Jimmie Ericsson, is a better NHL defenseman than he is. Jimmie plays left wing in the KHL.

Hate Meter: There’s not a number big enough for that yet. Stephen Hawking’s $100million deep space probe will be looking for that number as well as intelligent life when it launches. 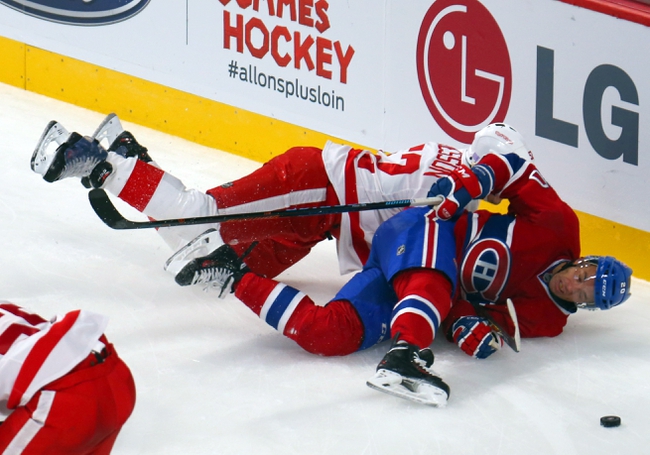 Jeff Blashill. *If you are NOT Pierre McGuire, you can skip this part.* 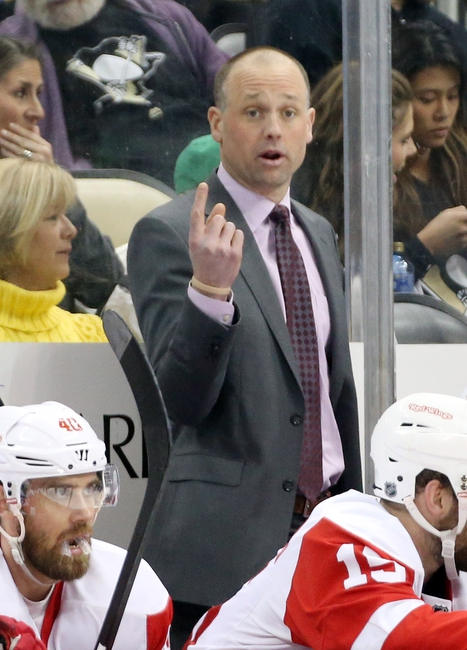 So, there you have it folks. Your first foray into the infuriating, tin-foil capped life as a Red Wings fan. Welcome aboard! Grab a cold one, sit in front of the TV, and prepare to pull out your hair.