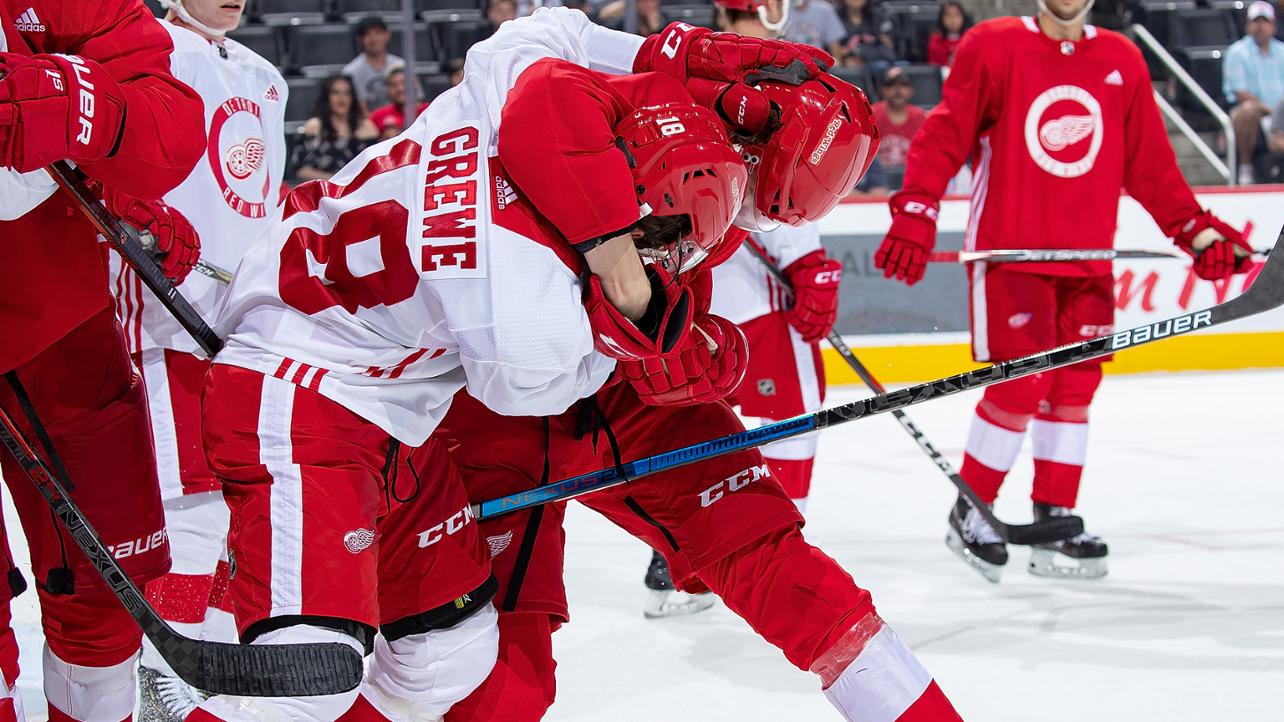 Zadina has scored 3 goals and 7 points in his last 5 games after struggling through the preseason with Detroit and only scoring 1 goal in his first 6 with Grand Rapids. He's come on strong and is carrying the play offensively by cycling along the halfboards and creating chances, doing his best to silence his doubters who complained that he only looked for the pretty goals. Zadina is playing more like the top-tier difference maker that Detroit drafted him to be.

Veleno has 6 points in his last 6 games, and 8 points in his last 11 after a rough start to the year for the 19 year old rookie. He's played up and down the lineup this season and has often been tasked with tough defensive assignments and is showing steady progress, playing more confident and assertive with each game. As this season progresses and his responsibilities increase we'll get to see the best of Veleno who projects as a defensively responsible 1 or 2C.

The Maestro earned himself a promotion to the top line to play alongside Anaheim's top forward prospect in Trevor Zegras. The two have been generating offensively together, and Mastrosimone has 7 points in 11 games as a freshman to show for it. With the return of a healthy Patrick Curry he (Mastrosimone) has been placed on the 3rd line again with fellow wings prospect Ethan Phillips as a feisty and creative checking unit for BU. Mastrosimone is playing relentlessly and not taking any shifts off, and could very well become an effective middle six winger. His style reminds me a little bit of Tomas Tatar and I can see Mastro having similar career projections in the pros.

He's been getting limited icetime in the SHL, sometimes slotting alongside one of the top prospects in the 2020 draft in Alexander Holtz. Other times Grewe is finding himself on the 4th line with limited icetime. His projections are all over the place; he has the ability to be a bottom 6 agitating winger with his buzzsaw playing style, but also has the hands (@1:06) to be a complimentary player in the top 6 the same way Bertuzzi is for Larkin and Mantha.

Berggren scored the first SHL goal of his career last night. He's starting to come on offensively after losing much of last season to back surgery. Drafted as a potential top 6 skilled forward, Jonatan is looking more like the player he was in his draft year and it's only a matter of time before he puts more pucks in the back of the net for Skelleftea.

This kid is having an incredible year for Frolunda of the Superlit league with 31 points in 21 games, including 2 hat tricks. He's showing a lot of skill to go along with that 6'7" frame and is scoring fancy goals and goals from down low, exactly what you'd want to see of a player with his size and skillset. It may be difficult to project what he could become at the NHL level right now, but Soderblom's play this season is making me hope he moves to North America to join the Griffins sooner rather than later.

Stay tuned for the defense and goaltending edition!